Pakistan’s demand of NG (Natural Gas) including RLNG (Re-liquefied Natural Gas), which accounts for 45% of primary energy mix, remains at 3875 MMCFD as compared to its demand of  5315 MMCFD. The demand supply-gap currently standing at 1,440 MMCFD, is projected to further increase by 3,684 MMCFD by 2024 under business as usual scenario. With projected sharp increase in Natural Gas demand, there exist a dire need to bridge the gap between demand-supply to sustain country’s progressing economy. Present government has already anticipated a substantial shortfall of natural gas to be faced by domestic and industrial consumers this year, which may be further amplified by next year. This portrays an alarming picture and necessitates a long term strategic as well as short term vital solutions to sustain current economic development.

Pakistan Initial LNG policy 2006 was modified in 2011 to attract more private investors. The new policy offered two-tier import practices to be followed to facilitate potential investors and meet the growing demand by increasing gas import capacity. The model allowed the import practices to be structured as unbundled (buyers and terminal developers are different) or integrated (buyers and developers arranged by same entity). Although, the change in policy increased the investment in gas and oil import sector, yet the increase in demand during the same period surpassed the additional installed capacity. This creates an issue where we have high share of  imported gas for our energy requirements, yet we are still at shortfall to meet our foremost priority of domestic demand. Although, GoP in the past has taken certain measures to increase upstream exploration activities to increase production of natural gas reserves, the steep increase in demand eventually results in large share of imported gas in the country. This huge share of imported gas than ultimately leads to ever increasing burden on our current account deficit as the imported gas costing around 17 Rs/unit is sold at 14 Rs/unit, creating a 3 Rs/unit deficit. Therefore, dependance on high share of imported gas, under our current centralized pricing regime, will keep on increasing circular debt of energy sectors unless a long-term strategic solution is envisioned.

Another issue, specific to Pakistan, is the highly uneven gas production capacity of provinces corresponding to their domestic and industrial demand. Punjab has been the province with highest gas demand for industrial as well as domestic use. However, its share in production is of  natural gas is closest to none. Sindh and Baluchistan, being the highest producers, have least demand. This uneven picture of gas demand and production give rise to multiple issues including high cost of transmission infrastructure and provincial political biasness. This situation than double downs to extreme load shedding when gas production is not sufficient to meet peak demand.

The article 158 of  the constitution entails that the province with higher share in gas production shall have precedence in its use subjected to all bilateral , and other commitments and obligations. The 18th Amendment also makes sure that the gas allocations at the time of enactment of amendment shall remain protected. This ensured high demand provinces, like Punjab, of its share in natural gas to avoid any excessive shortfall. However, with the increasing demand-supply gap, even the high production provinces like Sindh may also start facing load shedding as warned earlier this month by PM Imran Khan. Load shedding for low demand – high production provinces may also increase substantially by next year. A sound political solution is needed to overcome this problem by having diverse RLNG portfolio including imported gas for each province.

Another reason, for anticipated looming gas crisis is the subpar exploration activities as the gas production is decreasing at a rate of 9% annually. This portrays an alarming picture when coupled with the fact that our demand is increasing substantially. Even though certain measures have been ratified on policy level to speed up exploration activities, the new discoveries fall far behind when compared to evacuation of existing reserves. Therefore, indigenous gas production is not sufficient to sustain Pakistan’s economy in short term.

Worldwide, energy markets, including gas and electricity have shifted from a regulated centralized model to deregulated structure to ensure competitive pricing and thrive private sector investment. However, in Pakistan we still follow the old model of centralized pricing for all energy products. Even though, back in 1960 the petrol market was deregulated at national level, we transformed to centralized pricing through induction of “Fright adjustment Surcharge” mechanism which  averaged out the pricing of petroleum products nationally. The provinces near by import terminal or refineries payed the freight adjustment charges for other provinces. A similar problem is noticed in electricity market where performance of DISCOs varies largely. A centralized pricing system removes any motivation for lower performing DISCOs to increase efficiency. Likewise, in gas market there needs to be a modern deregulated market structure to increase private sector investment at competitive prices. This will also remove burden of additional financial support of GoP in subsidizing gas for domestic and industrial consumers. Instead, the competitive market itself shall drive down the gas prices while keeping up with the demand.

The GoP needs to avert this crisis by addressing it at multi-facet level: 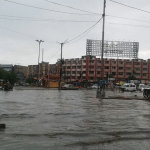 We need a new approach to Karachi’s electricity woes

Way to the Future Structure of DISCOs