The Integrated Generation and Capacity Expansion Plan (IGCEP) 2020-47 is a policy document prepared by the NTDC that lays out how the future generation capacity expansion should take place on the principle of the least cost generation. As per the IGCEP released, a total of 148,074 megawatts of electricity will be added to the national grid by 2047. This would include 45,929MW hydel-based electricity, 32,697 MW local coal-based energy, 27,090 MW based on re-gasified liquefied natural gas, 26,522MW solar, 9,241MW wind, 3,300MW nuclear, 1,620MW based on imported coal, 1,000MW from across the border and 655MW bagasse-based. To synthesize the results, NTDC would first use a load forecast that would be placed under PC 4.2 of Planning Code of the Grid Code. The load forecast would be followed by the generation plan (IGCEP) that would be reviewed and approved by NEPRA and placed under PC 4. This would then be followed by a Transmission Systems Expansion Plan (TSEP) and finally, the transmission investment plan which would fall under PC 4.1 and PC 4.2 respectively.

The report on the IGCEP presents the results of the most recent expansion planning studies conducted by the Load Forecasting and Generation Planning (LF&GP) Power System Planning (PSP), National Transmission and Dispatch Company (NTDC) following the criteria set out in the Grid Code. To do this, NTDC used PLEXOS, a generation planning software, to optimize projects incorporated. The annual updating of the IGCEP is also a regulatory requirement on the part of the NTDC, that consequently needs to be validated by NEPRA. To maintain the higher degree of transparency and to make this report detailed, various aspects have been included by NTDC, such as stakeholders who exchanged input data, the currency of input data for the IGCEP, the software tools used along with their requirements and limitations, generation planning process, etc. Nonetheless, as a first of its exercise, there is more that needs to be done to align IGCEP and embed it as a long-term planning option in Pakistan’s power sector. From the hearing that occurred on 15th July 2020 at NEPRA, Resources Future would like to highlight give key takeaways of what transpired in the hearing and some of the suggested way forward.

IGCEP should practically be decided via market forces

Considering Pakistan’s diverse stakeholders involved through various provinces and conflicting political ideologies, there will always be differences as to which generation options under IGCEP should be adapted at the country level. All over the world, generation expansion planning is a function of market forces with investors taking risks and returns as where they see best to invest. Why this cannot be done in Pakistan? The answer is still a closed sector, guarded by single buyer model that leads to an IGCEP going to be determined by a single entity, NTDC. As it transpired in NEPRA hearing, no one participant agreed on the results and there were conflicting propositions as to the best generation model of deployment. The long-term strategic focus should be to open up the market, reset sector direction and let market decide where and how and under which fuel they want to invest in coming years.

Britain is an excellent example. Since market de-regulation, the cost of energy in the UK has been set by the market. Power Purchase Agreements (PPA) are still in vogue but the purchaser is no longer a Government and could be anyone; a utility, trader or a corporate. However, where the Government decides to give a technology impetus, they do so by announcing a strike price and organizing auctions. For example, the UK Government announced a strike price of £ 180/MWh for geothermal projects, £ 39.65/MWh for offshore wind and £ 92.50/MWh for nuclear Hinkley project. Pakistan’s long-term should be the same – introduce competition, let the market decide where and how best to invest and focus on regulatory framework which enables long-term private investments.

IGCEP should be comprehensively peer-reviewed

One of the key issues pointed out in the hearing was the basis of several assumptions taken by the NTDC to incorporate under PLEXOS (the software planning tool used by the NTDC). This resulted in various outcomes that were not favorable to the provinces, which they consequently objected. For instance, Punjab believed that NTDC did not incorporate enough solar projects, even for projects which have been issued LOIs. KP believed their hydel potential has been missed out. Similarly, Sindh pointed out that out of 78 projects having a capacity of 11,000 MW in their pipeline, only a few were included. And, Balochistan and AJK mentioned that specific LOIs regarding their projects had not been incorporated in the design. NTDC, on the other hand, believed that they strategized projects using different categories, such as if a project is a “classified project”, they would be sent straight to the generation planning tool. Similarly, projects which came under CPEC, or those under construction, or those who have achieved financial close or agreed upon G2G projects have been prioritized. The plants and projects that did not fall under these prescribed categories were not considered by NTDC.

There were differing views on the set of assumptions and the only way to reconcile those differences is to build credibility around the entire planning process and make it transparent and peer reviewed. For most part, IGCEP has a theoretical foundation now, that needs to be validated independently by experts. The empirical revalidation and a comprehensive peer-review would make it a more coherent and strategic initiative, backed by evidence. A credible peer-review identifying and laying out critical assumptions is needed to provide an answer whether recent adoption of strategic planning via IGCEP could significantly improve the performance of the sector? Will IGCEP planning increase the amount of sector effectiveness in terms of choosing better generation options? Would the exercise lead to decreasing costs? These questions can only be answered through empirical assessments, backed by sound data, results widely available to stakeholders and a comprehensive validation through an independent third-party peer-review process.

We all know Garett Hardin and the Tragedy of Commons. It’s been repeated under several public hearings that full cost of energy is not often reflected through least cost optimization models. The world understands the negative externalities that accrue due to coal power plants, especially Lignite ones and IGCEP has given it a lot of weight, especially the Thar Coal. We have an example of Germany that transitioned itself out of the lignite and positioned itself to be a world leader in the renewable energy. On the other hand, the IGCEP has planned 32,697 MW Thar coal generation that would compete for the same scarce resources with human population such as the availability of clean water and out flora and fauna. In calculating least cost generation, it would be important to include the cost of negative externalities by drawing upon the tragedy of the common’s principle. Only accounting for least cost generation by considering ‘cost’ while ignoring the price of shared-resource system can deplete and spoil the value of shared resources.

IGCEP 2047 has taken hydropower and nuclear working life as 50 years and 70 years, respectively. Working life is a key variable in the economic evaluation of different generating technologies. Hydropower has the longest working life of all generation technologies. Some 80% of hydropower cost is civil works and hydraulic steel structures having a life in excess of 100 years; remaining 20% cost comprises generation plant i.e. turbine/generators. In Pakistan too, the hydel power has shown promise for an extended life. For instance, Mangla HPP which was built with a design life of 100 years in 1960, has been in operation for 55 years. With Mangla raising completed in 2009, it is expected that the 100-year design life will extend further. Further, new strategic hydro power projects (such as Diamer Basha and other large HPPs) will also be needed to replace previous strategic projects for flood control, water storage and cheap power generation. Any IGCEP need to overlook ‘least cost’ only to see far more deep, longer-term strategic interests of the country.

The problem with Pakistan’s IGCEP continues to be inclusion of both the commercial and strategic projects under one plan. As outlined earlier, for any stable direction, the country needs to open up the sector, let investors decide on the commercial and financial viability of projects and pursue them independently under multi-buyer model. Governments can push for selective strategic projects only – as and when they like but not for the entire generation stimulus.

A longer timeframe muddles the results

The sector has been marred by inefficacies and lack of sustained, coordinated energy planning. Given the background on the sector, it was quite clear that the stakeholders never really believed in a plan that spanned for 27 years – a horizon far too stretched. Stakeholders believed that a tenure of a 27 years extended plan was a risk as there are various economic and political changes at play. Sindh government opined that owing to the tenure of the Federal Government being not more than five years; it would be best if the plan would be kept at 5-10 years’ timeframe to mitigate most of the issues faced and prove to be fruitful for all the stakeholders involved. NTDC, on the other hand, argued that although the complete plan spans to the year 2047, the plan is to be revised yearly to incorporate changes accordingly with the first phase of the plan to be extended to ten years. NTDC believed that the stakeholders’ primary focus on the timeline should be on the first ten years, which could then be stretched later given the circumstances.

We too, believe that there is a distinction to be made between policy and technology and associated time horizons between the both. It often becomes a crisis when longer tenor policy directions often fail to account for future technologies or just simply predict how the future would look like. A single software like PLEXOS cannot predict societal or behavior changes that will occur twenty years down the road. Today, it’s all changing fast; technology is literally creating the world we all live in, and policymakers have not been able to keep up, especially in Pakistan. Getting it wrong, especially for a larger planning tool like IGCEP, can be increasingly dangerous. Surviving the future will depend in bringing technologists and policymakers together, but more importantly leaving the business decisions to the market and not to the government.

Consider what can transpire to our energy future and outcomes basing our assumptions primarily on a software for an end to end country level planning. The software may have the potential to aid human decision-making, eventually replacing notoriously subjective human processes with something fairer, more consistent, faster and more scalable IGCEP of the future. But it also has the potential to entrench bias and codify inequity, and to act in ways that are unexplainable and undesirable, just what the provinces have highlighted. In short, how can we avoid the pitfalls of long-term planning while the horizons of those operating the technology may remain short-term? The answer requires a strong coordination among institutions, iteratively evolving policy tools as per technological advances and opening up the market for risk return led private sector investments. 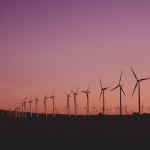